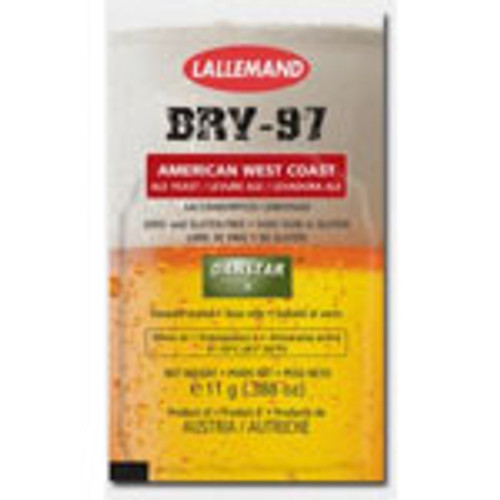 BRY-97 American West Coast Yeast was selected from the Siebel Institute Culture Collection and is used by a number of commercial breweries to produce different types of ale.